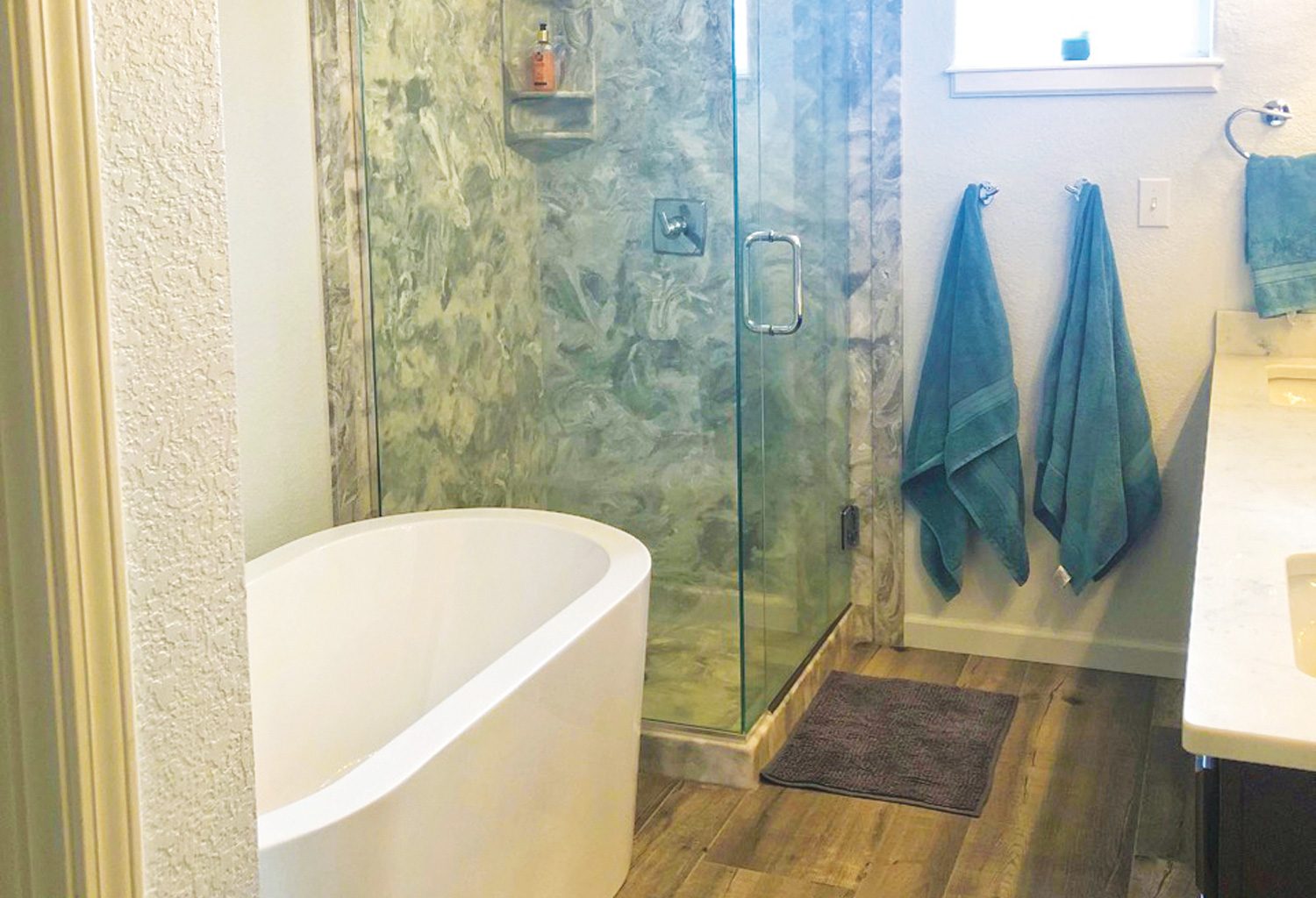 One Thing Leads to Another

How a little curiosity can lead to a brand new bathroom

We had a little hole in our sheetrock. I mean, who doesn’t? It was almost never visible to visitors because it was in our master bathroom at the back of the house. The sheetrock return below our glass shower door had started to erode from moisture, oh, maybe 10 years ago.

We did what most people do. We ignored it.  Then a small piece fell off. We ignored that for a while, too.

I took this as an invitation to start mentally redesigning our bathroom.

From the looks of the dirty-black sheetrock debris, it was obvious we had rot beneath the shower. We’d learn later from our contractor that the shower pan liner had not been properly installed when the house was built 27 year ago. The tiled shower walls and vanity countertop also suffered from neglected tile grout. Grout was missing or cracked everywhere that frequent cleaning was required. Did you know you’re supposed to seal tile grout every year? Neither did we.

I called a local glass dealer to see how much it would cost to install a new shower. They coordinated a home visit with a contractor who could oversee the full replacement including installing solid surface cultured marble shower walls, moving the plumbing to an ideal wall, and installing new fixtures. Just for kicks, I asked him to quote the cost of replacing the old tile on the vanity, too.

During the initial meeting we learned that a new standard-sized shower pan and frameless glass door system would have a slightly smaller footprint resulting in a gap between the edge of the shower and the existing tile floor. Because we didn’t have any more identical floor tiles to fill the gap, we could either install a contrasting tile in front of the shower or replace the bathroom floor. The recommended engineered plank flooring would be waterproof, tie in nicely with the colors of the cultured marble, and feel a little warmer on our feet than the existing floor tiles. Sold.

Then it dawned on me that if we replaced the shower, countertop, and floor, the only outdated aspect of the bathroom would be the built-in bathtub that was surrounded by hundreds of 1990s tiles. It had to go too.

To save a little money, I refinished the vanity myself using multiple coats of gel stain. Each of the 5 coats took 3 days to dry. But the lengthy project was well worth it, saving us $1,200.

In the end we ended up replacing the toilet, too, because we learned the toilet’s frequent clogging was due to an ill-sized toilet that had been installed when the house was originally built. It had been tilted to fit the existing 10-inch rough-in. Imagine my shame when I realized I’d been blaming everyone in our family for clogging the toilet when it had actually been due to an installation problem.

In the end, we were both very happy with the new bathroom. The only downside is our teenaged daughter thinks it is her bathroom, too.

Teri Cline is a busy mom and keeper of 2 teenagers, 2 dogs and 2 bathrooms. 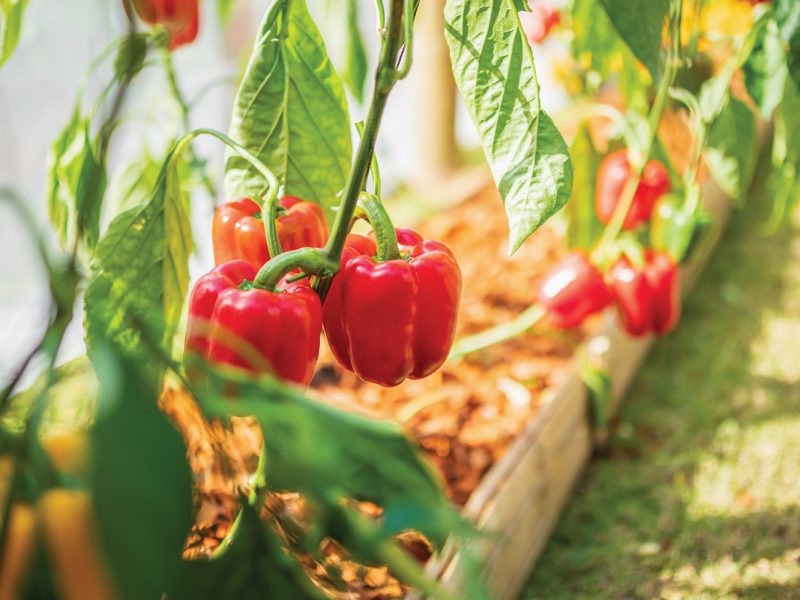 Read More
If you’ve lived here long enough, you know how capricious the Spring weather in Klamath can be. Sometimes, March has been warm enough to wear shorts, whereas other years, the snow is blowing sideways while you sit in the stands at your child’s track meet, wrapped inside a toasty sleeping bag, feeling sorry for all the kids competing in the event. Those drastic temperature swings can make the planting outline difficult to follow.
Read More
0 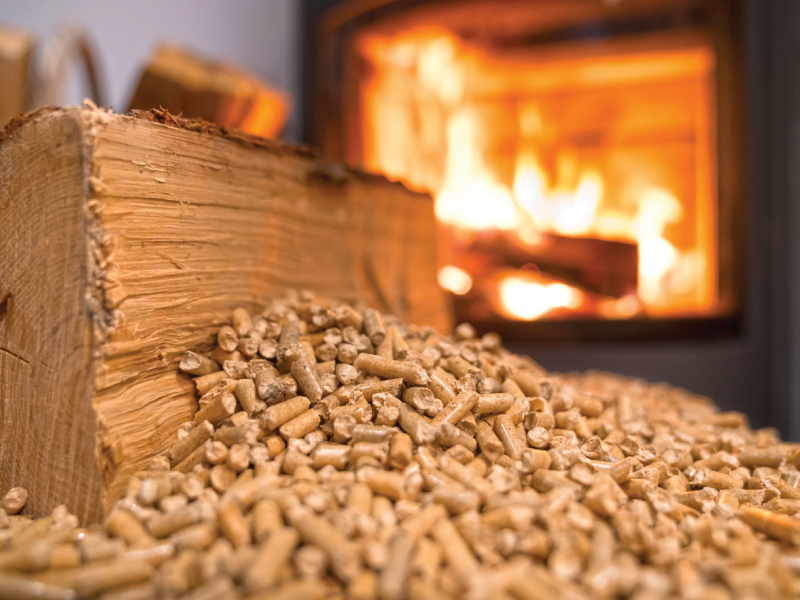 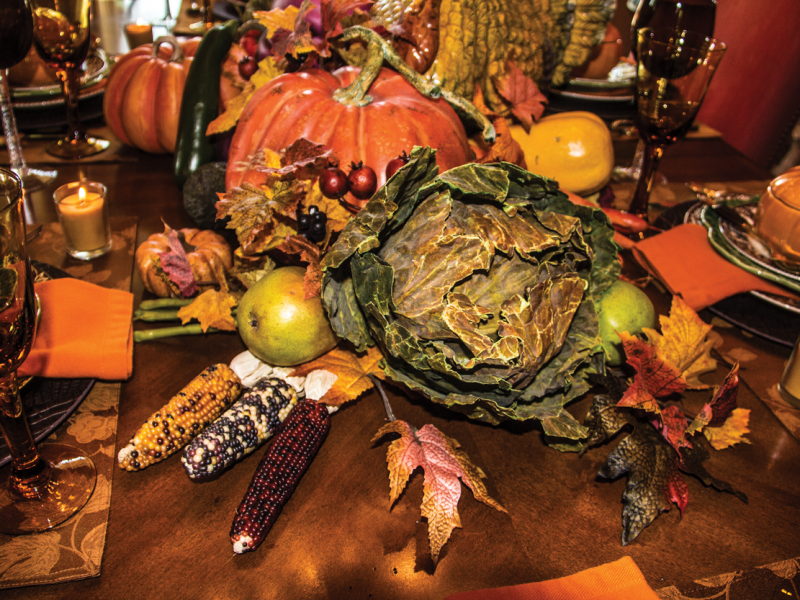 Read More
I mix my china with different ceramic and pottery pieces to make it interesting and fresh. Find unique pieces to mix with your dishes at Poppy. I mix my sterling with flatware I picked up at a garage sale. Combining different sets of flatware creates a warm, collected setting. Mix brass or wood with black stainless and sterling. Taking a cue from the leaves in my centerpiece, I use amber and amethyst glassware, which I found at Treasures and Keepers Corner.
Read More
0