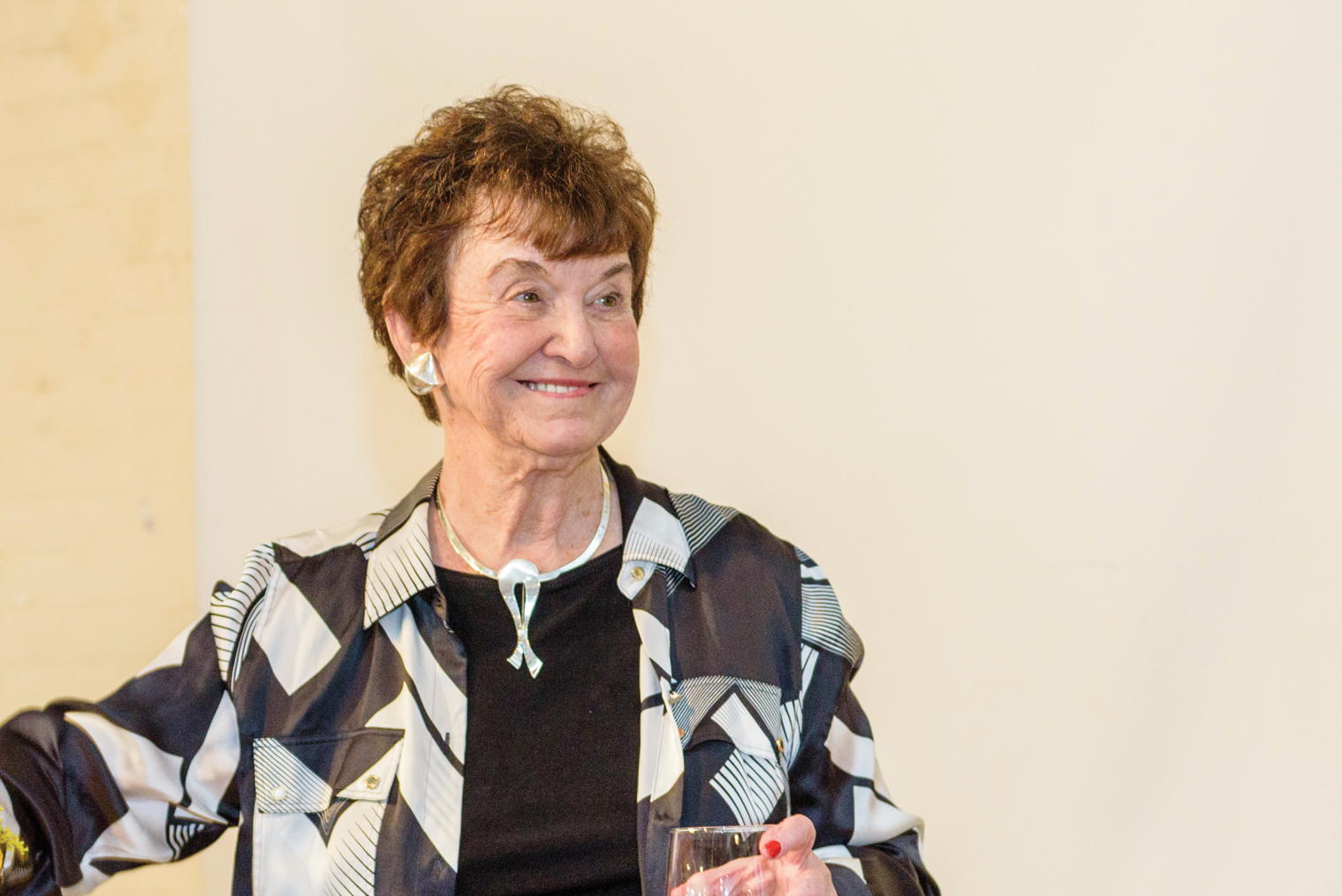 The Klamath Basin is home to little towns filled with big hearts. The Klamath Community Foundation salutes our hometown heroes who show us how Klamath put them on the road to great achievements. Because the big world starts in a small town.

She is charming, driven, and irrepressibly positive. Few of us have faced the hardships seen by Britta Lion Franz and her family, but we can all learn from her approach to life.

Britta recalls the headmaster of her Montessori kindergarten removing her from the school, telling the teacher “she’s Jewish and polluting your class.” She next attended a makeshift Jewish school, but formal classes soon ended for Britta when, despite being escorted by her Catholic “kindermaid” Detta, a group of young Hitler sympathizers threw rocks at the children, breaking Britta’s front tooth.

Pre-war Nazi Germany decreed many laws segregating Jews from German society. One law required the transfer of Jewish-owned property to “Aryan” ownership for a fraction of its worth. This forced Britta’s family from their large house to an apartment, and her father began planning to sell his store.

“Because my father was bilingual and read foreign newspapers,” Britta said, “he caught this wave of Nazism early, recognized its dangers, and sold the store.” That sale is the subject of a documentary film entitled, Shattered: Journey into a Silent Past, directed by German filmmaker Walter Wehmeyer.

Because of Aryanization policies aimed at eliminating Jews from the economy, Curt Lion never received payment for the sale of his store. Britta explains, “we left Europe penniless except for the money that my parents were able to smuggle out in the form of clothing.” Then we sold [the clothing] in Holland.”

So in 1937, nine-year old Britta, her 12-year old sister Marianne, and their parents fled for the United States. They landed in Klamath Falls, Oregon.

Their shipped docked in Los Angeles. But with a letter of introduction to a store in Oregon, Curt Lion boarded a northbound train. A tremendous storm delayed the train in Klamath Falls. Stretching his legs on a snowy Main Street, he wandered into LaPointe’s, a women’s clothing store located on the site of the present-day Mermaid Café. Curt Lion asked if the store was for sale. The owner, satisfied with Curt Lion’s ability to raise $5,000, replied, “Fine you can have it.”

The January 13, 1938 Evening Herald reports with enthusiasm that Lion and his partner, Alfred Gray, “are recent arrivals in this country, having come from their native Germany less than three months ago. Their families have been merchants for many years, and with this background they have come to Klamath Falls to enter the business field. Gray and Lion have been engaged in ready-to-wear in various European cities including prominent points in Germany and Sweden. Much of their time was spent traveling about the continent in the interest of their business, going into the style markets of Paris and Vienna and other centers.”

Meanwhile back in Germany, Britta’s grandmother lived through Kristallnacht, or the “Night of Broken Glass.” Britta describes her grandmother fleeing “in the middle of the night in her nightgown and hiding behind a rhododendron” just before a mob ransacked her apartment.

Some of Britta’s relatives fled Germany, but many did not succeed in escaping the Nazis. For those who did, her family sent financial support, despite arriving in the United States with very little.

Against this backdrop of war, Britta’s family didn’t just survive, they thrived. Mere months after purchasing LaPointe’s, Curt Lion joined the Chamber of Commerce and later Rotary. They travelled to New York and Los Angeles to purchase high quality merchandise, stocking the millinery, shoe, ready-to-wear, bridal, jewelry, and cosmetic departments at LaPointe’s. Not long after purchasing the store, LaPointe’s won third place out of 1,600 entries in a national window contest sponsored by The United States Shoe Corporation.

They moved onto Pacific Terrace and Britta attended Roosevelt Elementary School. She fondly recalls summers spent at Lake of the Woods’ Camp Ester Applegate. In addition to swimming, hiking and nightly campfire songs, her fellow camp counselor Sally Kent tells of Britta releasing the ants in Sally’s treasured ant farm because Britta did not want those ants imprisoned!

Though Britta and her sister did not learn English until their passage from Germany on the ship Damsterdeik, they excelled in school, both graduating from Klamath Union High School and Stanford University.

After college Britta returned to Klamath Falls with her husband, Martin Franz. Both assumed leadership roles within the family business. In 1955, Brita was named one of ten outstanding bridal consultants in the nation by Brides-To-Be magazine, now called Modern Bride.

And then the expansion began. In 1946 the store enlarged its hat and shoe departments taking over Murphy’s Barber Shop. In 1959, LaPointe’s opened a branch in Medford. In 1966, they moved the headquarters to Salem. The chain ultimately operated six stores statewide, and employed as many as 150 people in the 1980s. Every hot pink shopping bag bore the slogan, “It’s a Wonderful Store,” and most every customer instantly recognized the polka-dot label.

In 1967, Britta applied her business savvy to her love of the arts, holding an art exhibition for Western artist Ina Pruitt at LaPointe’s. Urging other business leaders to embrace the arts, she told the Statesman Journal, “To succeed, business must attract people and keep them stimulated. It’s a package deal…Arts make the difference. As a businesswoman, I see the participation and the entertainment that the arts provide as a wonderful way to contribute to and improve the quality of life. This will help attract new business…”

Britta served on the boards of the Salem Art Association, the Mid Valley Arts Council, and became executive director of the Edgar H. Smith Fine Arts Series at Western Oregon State College. In 1986 she proudly brought the Vienna Boys Choir to venues throughout the state, including Klamath Falls. The choir sang to a standing room only crowd in the Oregon Tech gymnasium. In 1990 she produced a benefit for the Ross Ragland Theater at Klamath Union High School’s Modoc Field, featuring Johnny Cash. In 1996, Britta started the Ross Ragland Theater’s Legacy Wall located in the theater’s courtyard. She also sponsored the Donor Wall in the theater’s lobby.

Though she lives in Salem, Britta has long supported the Ross Ragland Theater, calling it Klamath’s “focal point for entertainment, education and social occasions.” She recalls when it was still the Esquire Theater. “I remember the day I attended a matinee film on December 7, 1941. I clearly recall the exact seat in which I sat, and the intermittent call-outs during the film for various attendee classifications to ‘Report immediately to their stations.’ Walking home to 1505 Pacific Terrace with my friends after the film, we did not know what had occurred in Hawaii, on our West Coast.”

Ninety-one year-old Britta Lion Franz will again sit in the Ross Ragland Theater this September 24th for the airing of Wehmeyer’s documentary, Shattered. She hopes “people learn about the Holocaust and remember how contagious fear and hate can be.” Yet she cautions, “we cannot afford to carry grudges.” All proceeds of this public event go toward re-lighting the theater’s tower.

In the film Wehmeyer probes the uncomfortable and unanswered questions surrounding Curt Lion’s forfeitures in Germany. She cheerfully responds, “I have learned to be at peace with my wonderful life that we built in America. My quality of life exceeds what it might have been had I continued in Germany. I believe I’m the winner.” She punctuates that statement with a confident smile.

It’s not hard to see why in 2002, the Salem Area Chamber of Commerce gave Britta the Distinguished Service Award, calling her a “great example of a contagious enthusiasm and optimism.”

Heidi Neel Biggs is Executive Director of the Klamath Community Foundation and proud owner of a LaPointe’s leather coat. 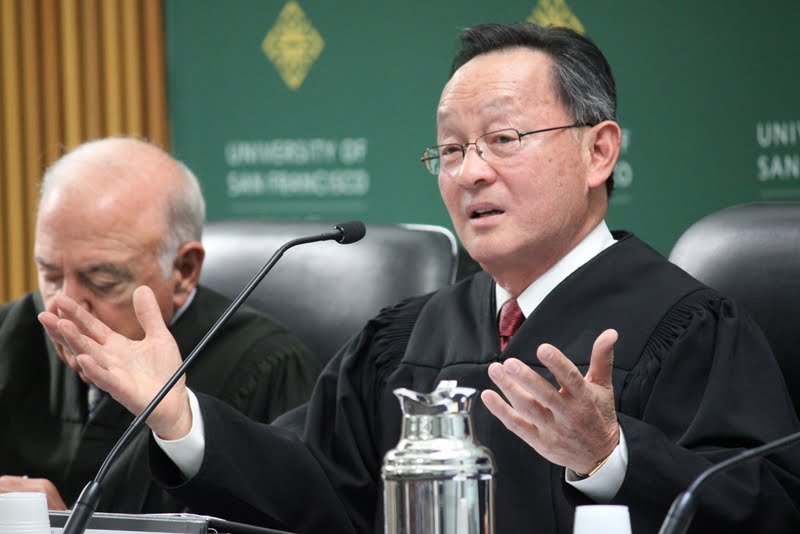 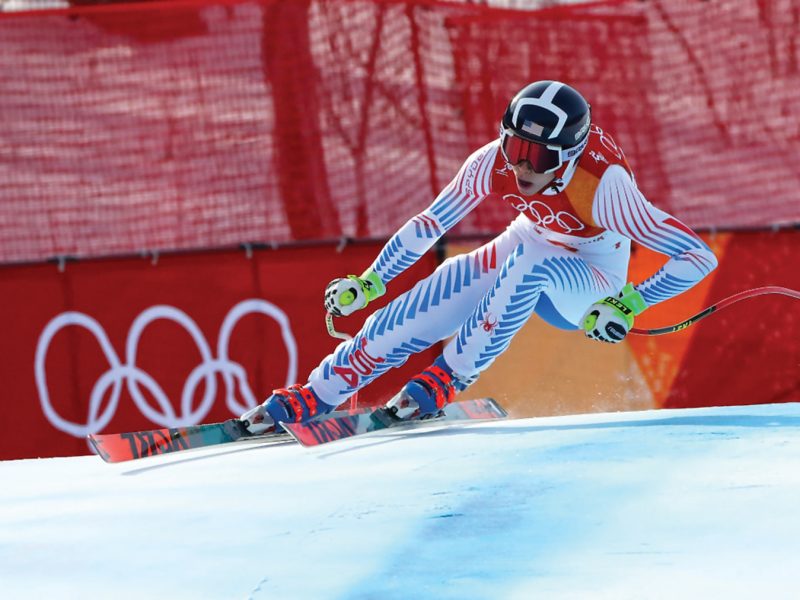 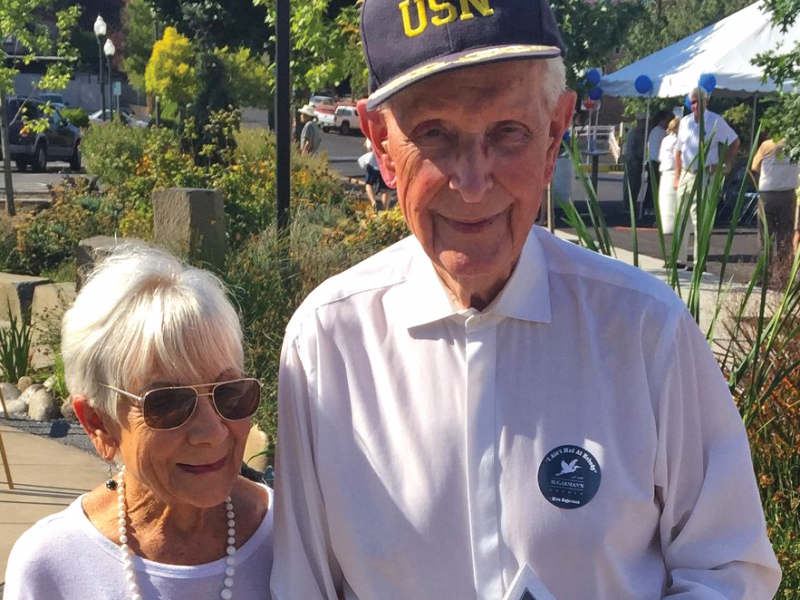